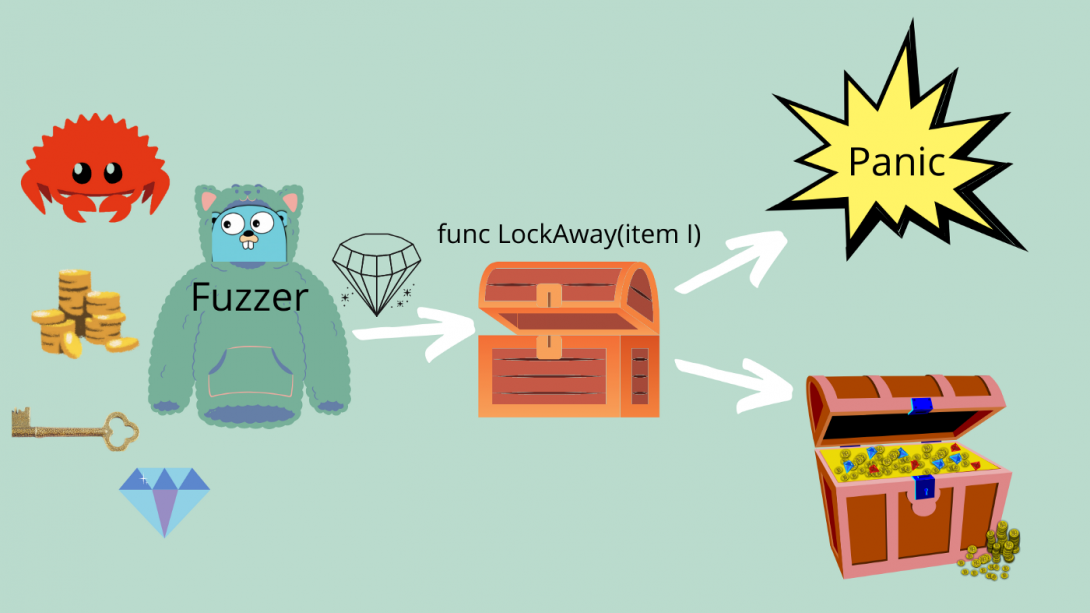 it's been a long time since I haven't written here on my blog, and since that time lots of things has been changed in my job.
it's been almost 3 years I've been writing Go codes and we have multiple programming languages in our team that developers use them.
I don't want to go deep into this part now because I would like to write a post about it, about the time I loved concurrency and thread management in C++ a long time ago but due to lake ( or weakness) of multi-threading in PHP, I missed it for a long time.
I'm almost switched from PHP to Go, ( of course like lots of developers I am not a mono-language developer and I have 2 active programming languages each time ).

let's back to the main topic that I'm really excited about that and encourage me to write about that.
Fuzzy testing!
What?
yes, Fuzzy Testing

I know, maybe lots of you like me, believe that unit testing does not cover all the cases and it just tests the cases we consider a bunch of test cases for that and it might it failed in other cases.  That is true!

Fuzzing is being released as part of the standard library in Go 1.18. It is a pretty cool way of locating bugs in your code that you never thought of.

Fuzzing will be part of the regular testing library since it is a kind of test. It can also be used together with the other utilities  testing which are nice.

This is an official Google Go youtube channel that explains the Go Fuzz testing with a sample.


Enjoy this great feature in programming Testing!
I like it so much!